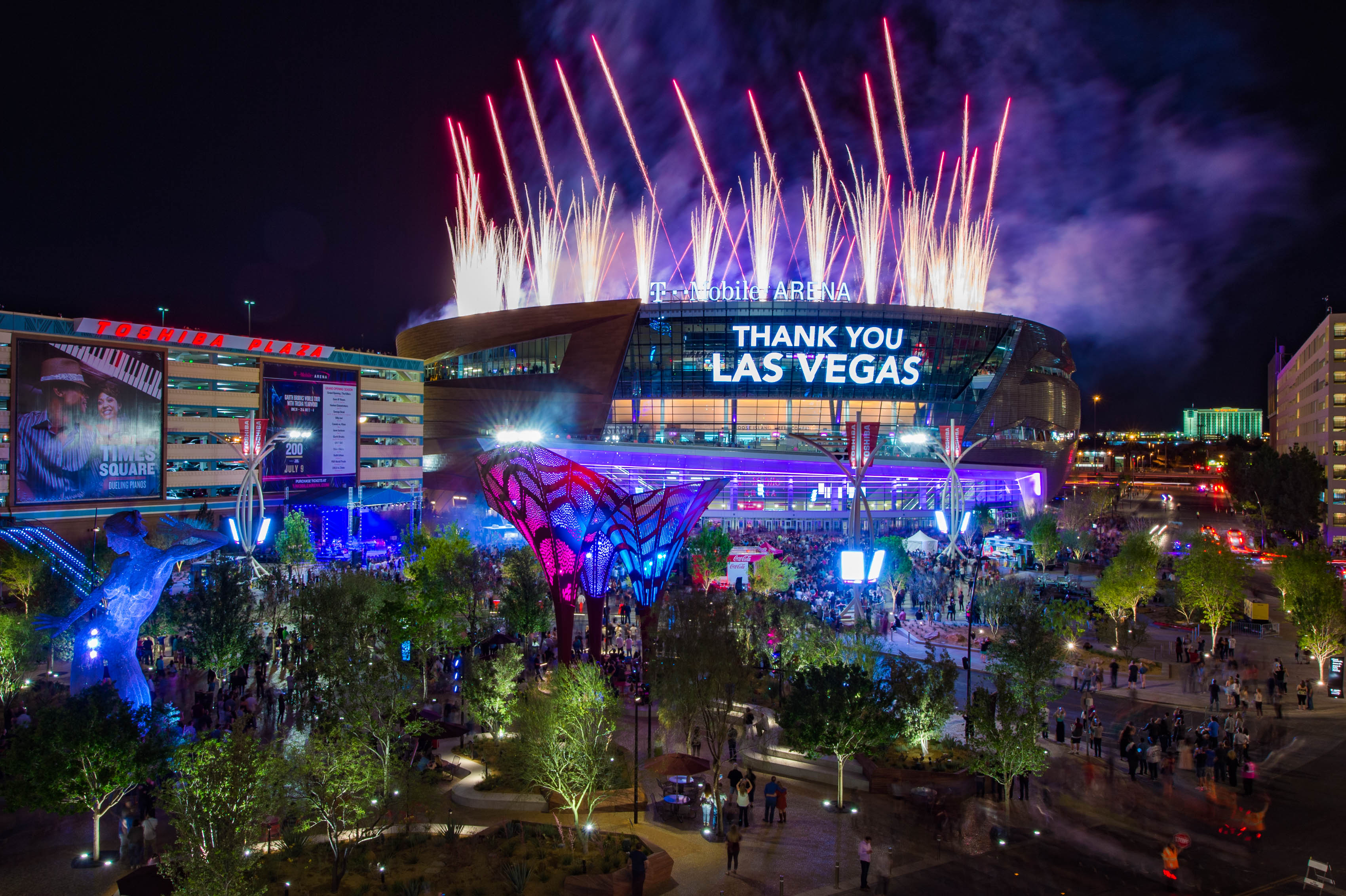 As the sun set on the Las Vegas Strip, T-Mobile Arena surged to life with light, sound and energy. GRAMMY-nominated rock stars The Killers were on their home turf at T-Mobile Arena, captivating a sellout crowd. Lead singer Brandon Flowers was joined by fellow Las Vegas-bred bandmatesDave Keuning, Mark Stoermer and Ronnie Vannucci Jr. The stars powered out hits including “Mr. Brightside,” “Somebody Told Me” and “Read My Mind.” Enhancing the live performance, a 30-foot megascreen projected the set and incredible video throughout the venue. T-Mobile Arena ensured all guests could take selfies, share the moment via Snapchat and more thanks to ridiculously fast network speeds from T-Mobile, America’s fastest 4G LTE network, and over 550 Wi-Fi access points integrated throughout the arena.

Opening for The Killers was legendary Las Vegas artist Wayne Newton, who belted out some of his greatest hits including “Danke Schoen,” “When the Saints Go Marching In” and “Viva Las Vegas.” Breakout Las Vegas-born pop artist Shamir, lauded for shattering normative gender labels, delivered a true-to-style set infused with soul and raw talent.

The evening featured a series of unexpected collaborations, which kicked off with a video introduction from late-night TV host and Las Vegas native Jimmy Kimmel.

An on-stage cameo by Blue Man Group during The Killers’ performance of “Human” fired up the crowd, as the trio's dynamic combination of music, comedy and technology helped to provide a truly once-in-a-lifetime spectacle.

Perhaps the biggest surprise of the night was when Imagine Dragons’ frontman and fellow Las Vegan Dan Reynolds shared the stage with Flowers – for the first time – to perform “Jenny was a Friend of Mine.”

Guests partied to dynamic entertainment throughout the evening while they sipped and sampled T-Mobile Arena’s gourmet food and drink. Anticipating grand opening night, Levy Restaurants flew in nearly 700 pounds of live lobsters, 290 pounds of ahi tuna, nearly one million fluid ounces of draft beer, 484 bottles of Patron and much more. Delectable fare such as a made-to-order Poke Bar and Carvery Cart serving BBQ Pork Banh Mi were available for guests along with the venue’s signature Pink Highlighter cocktail, served in blinking magenta souvenir cups that dotted the crowd with splashes of colorful light. As guests exited the building onto Toshiba Plaza, magenta fireworks lit up the evening sky.

Flowers said, “We’ve been lucky and we’ve had a lot of boxes checked that were dreams for us; this is another one of those, and this is going to be one that we’re never going to forget. We’re really proud to be from Las Vegas and we take a little bit of it with us everywhere we go, we really do.”

Nearly two years and $375 million were invested in bringing the 20,000-seat, world-class arena to Las Vegas.