Social: Join @coldplay for an “Adventure of a Lifetime” @TMobileArena 9/1! Tix on sale 4/15 10am www.t-mobilearena.com

LAS VEGAS – British rock band and seven-time GRAMMY Award-winning group Coldplay will bring their A Head Full Of Dreams Tour to T-Mobile Arena, Thursday, Sept. 1. Tickets starting at $29.50 (not including applicable service charges), go on sale Friday, April 15 at 10 a.m. PDT and will be available online at www.t-mobilearena.com or by calling the AXS Call Center at 888.929.7849.

M life loyalty members will receive access to a pre-sale running Thursday, April 14 from 10 a.m. to 10 p.m. PDT.  To join the program or for more information, visit mlife.com.

The A Head Full Of Dreams Tour began at the end of last month in Latin America, where the band’s sold-out stadium shows have been greeted with wild acclaim from fans and media alike. The tour - which has already sold well in excess of two million tickets worldwide - will then continue to Europe before arriving in the U.S. in July.

A Head Full Of Dreams is Coldplay’s seventh album and the follow-up to 2014’s GRAMMY®-nominated Ghost Stories. Since its December 2015 release, A Head Full Of Dreams has reached No. 1 on iTunes in more than 90 countries and sold over three million copies. It has also helped Coldplay to their current position as Spotify’s most-streamed band in the world. 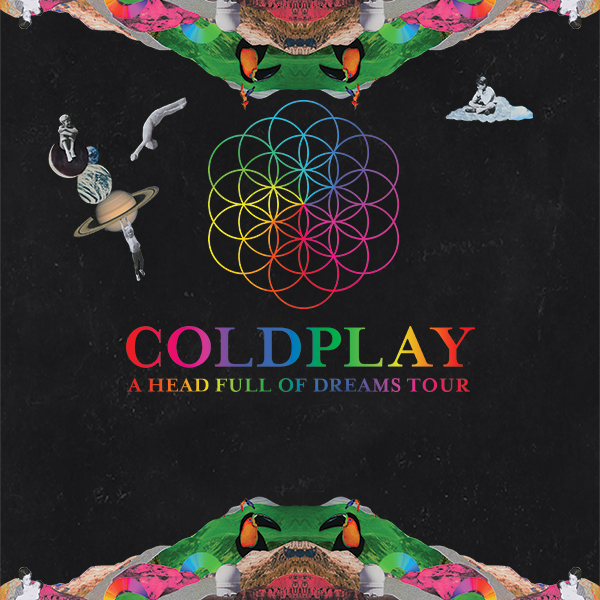