Canelo Vs. Khan Will Take Place On Saturday, May 7 Presented Live By HBO Pay-per-view®

Canelo Alvarez vs. Amir Khan will be produced and distributed live by HBO Pay-Per-View beginning at 9:00 p.m. ET/6:00 p.m. PT. The mega-fight promises intense action between two of boxing’s most popular and powerful fighters. Information regarding ticket availability and a press tour for the fight will be announced shortly.

“The new T-Mobile Arena was clearly the perfect venue choice to host the battle that will be Canelo vs. Khan on May 7,” said Golden Boy Promotions Chairman and CEO, Oscar De La Hoya. “Boxing in Las Vegas is truly an exciting event, and the fans with tickets to the fight will be in for a treat watching the fight in this new, state-of-the-art venue.”

Richard Sturm, president of Entertainment and Sports for MGM Resorts International, said, “As the newest sports and entertainment venue in Las Vegas, T-Mobile Arena was designed to host major boxing events including the first-ever fight featuring Canelo vs. Khan. Fight fans will have the opportunity to experience pre-fight activations at Toshiba Plaza as well as the arena’s multiple food and beverage options.  We are excited to welcome the two fighters back to Las Vegas and look forward to a great event in May.”

Canelo vs. Khan is a 12-round fight for Canelo’s WBC, Ring Magazine and Lineal Middleweight World Championships taking place Saturday, May 7, is promoted by Golden Boy Promotions and Canelo Promotions and is sponsored by Cerveza Tecate, BORN BOLD. The mega-event will be produced and distributed live by HBO Pay-Per-View beginning at 9:00 p.m. ET/6:00 p.m. PT. 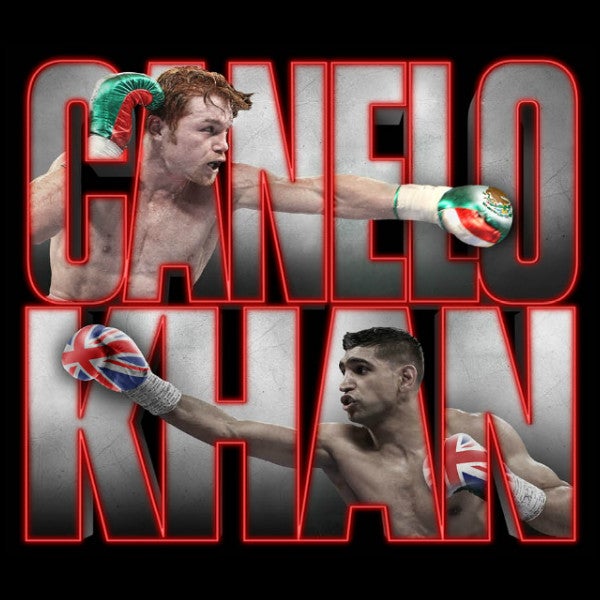